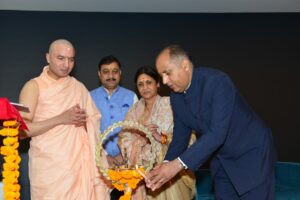 Chief Minister Jai Ram Thakur today visited Sri Badrika Ashram in Shalamu village in Karganoo area of district Sirmour. Chief Minister said that Sri Badrika Ashram cum Charitable and Social Welfare Society was doing a commendable work towards serving the community at large and villages surrounding the Ashram. He said that such Ashrams were very vital for a happy and healthy society. Jai Ram Thakur said that we must uphold our traditions and values as ultimately, they provide us true contentment and peace. He said that the Covid-19 pandemic has made us realize that despite of all the worldly luxuries, the most vital thing was family support. He said that Dev Bhoomi Himachal was blessed to have such an Ashram in the State. 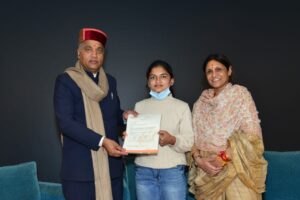