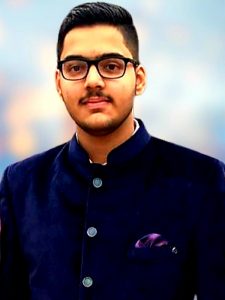 Race in the modern world is a phase, from which no one can chase.

Today’s world runs after competition and every single contestant runs with the aim to win in it. But unfortunately, everybody can’t win it, but everyone aims and will be glad to win. Due to a few vacancies available at the winning position, many have to return home to practice again and to try again the next time.

Out of those who returns home, only a few of them get motivated, having a positive mindset, learns with the loss while the others feel de-motivated and think that its failure for them in life.

But actually it’s not a failure, everyone who participated, practiced well and aimed to win is a winner. Because the winner is just because of luck and a little more efforts. The winners’ positions are less that’s why it is never a fair competition and not a genuine way to check the power, talent or skills of a particular contestant.

In our world, in a pen paper or online exams, someone can pass with pass by unauthorised tricks such as cheating, corruption, nepotism etc. And after the results of that particular exam, if a particular cheater wins, then he/she will be determined as a winner without any verification or something, whether that person has some good skills or not. That’s why, just an examination is never the best way to to check inner talents and exceptional skills.

According to SC/ST Act (1989), Parliament of India enacted to prohibit discrimination , prevent atrocities and hate crimes against the scheduled castes and the scheduled tribes. Other Backward Class (OBC) is a collective term used by the Government of India to classify castes which are educationally or socially disadvantaged.

In the earlier times, those who deserves to be given special rights and reservations, were really worthy as general or higher class people were creating hate crimes, untouchability, discriminations based on caste etc.

So, in order to provide equal status to them just like general categories, laws were introduced. Moreover, SC, ST and OBC were economically backward classes so the Government of India introduced some special laws especially for them just to cope up with their problems and stand alike in race with the general category. The special laws include some reserved seats for them in mostly every field.

But nowadays, SC/ST/OBC are on a better position than before even better than those of general category. They are utilizing their special reservations in the perfect way. In fact, they have grown to that much standards that they are leaving back the general category.

Many of the general category people, sitting idle, being unemployed because of lack of jobs and opportunities. As the special VIP treatment, i.e., reservations even for jobs and opportunities, whether they have that potential/quality or not, quota has been fixed for the SC, ST and OBC. Due to this, many of the general category aspirants, even if they have that talent and quality to get the job/opportunity have to suffer. Because the opportunities are less for them.

As earlier discussed, in the past, being undeveloped or not of that standard, this special reservation quota was given to the lower classes, but now, most of them are well developed and they are becoming more rich/capable as compared to the general class. So, these reservations and all should be given to those who really need them. There are many people in general category too who deserve to get a respectable/higher position due to their potential but not given because these special reservations are only for the lower classes by name, in actual they are higher, nowadays. Lower category is now a tag/brand that if you are in it, you will be given VIP rights even if you don’t deserve. Laws must be made to give the special reservations to praiseworthy people, those who actually deserve, those who don’t have money, but merit, those who are actually illiterate, but are poor to afford education costs or those who are talented/unique to help them rise.

According to ME,
A brand/tag without a quality,
Is like a truth without a reality.
Provided to those who deserve and serve,
Not those who just eat someone’s position and their wrong phase they shamelessly observe.

Disclaimer: The thoughts and views expressed are by the writer, and Keekli has no bearing on it